‘I Like This One’: Steve Harvey Approves Daughter, Lori Harvey Dating Michael B. Jordan Lori Harvey is definitely the new “It-Girl”, and also extremely coveted as she’s dating PEOPLE Magazine’s “Sexiest Man Alive in 2020”, Michael B. Jordan.  The model became more prominent once her mother, then Marjorie Elaine Bridges, married comedian, and host Steve Harvey in 2007. Since 2016, Lori has been linked in some high profile relationships, and not without some opinions from her step-father.

In January of 2016 Harvey and professional Dutch football player Memphis Depay.  That summer they would celebrate becoming engaged, and Steve Harvey couldn’t be happier.  “Marjorie and I are proud to announce the engagement of our youngest daughter Lori to Memphis Depay,” wrote the Family Feud host while adding, “this young man is a good one! Congrats!”

Marjorie and I are proud to announce the engagement of our youngest daughter Lori to Memphis Depay, this young man is a good one! Congrats! pic.twitter.com/Tt92IqhYz3

Their love wouldn’t last, however, and she would later begin dating “Can’t Be Friends” singer Trey Songz.  Numerous pics of the two would pop up together where they would be seen canoodling and engaging in various public displays of affection.  The two broke up some months later while also scrubbing all evidence of one another on their social media.

Next came rumors of Harvey dating rapper and mogul Sean “Diddy” Combs, which shocked many on social media for the age range between them. Perhaps what really shook social media were the rumors that she had previously dated his son Justin Combs.  However, neither party came forward to confirm or deny the chatter on the matter.  In spite of numerous reports, TMZ proclaimed that he was a mere “family friend”.

Someone said Diddy is dating Lori Harvey because she looks like a young Kim porter and now I can’t unsee it.😳😳😳 pic.twitter.com/zPGnrtI9GA

“How do you feel about your daughter dating Future?” Steve was asked while walking.  He offered a short response saying, “I don’t know nothing about it.”  Seemingly dissatisfied with his response, they reconfigure the question, asking if he approves of the rapper.  Once again, Harvey responded simply, “I don’t know nothing about it,” before moving on.

Now with her newest relationship being Michael B. Jordan, naturally Steve is once again going to be asked how he feels about their budding romance. “I like this one,” Steve said approvingly on his radio show of the Black Panther actor.  “Like I say to all of them, I might like you. I might approve of you, but I got a thumb-sized section of my heart, filled with nothing but pure hatred for [you] just in case I need it. Like right now, you know nice guy, but I got this little section where all I gotta do is click the switch and I’ll hate yo’ a**.”

Steve ends with a declaration for his step-daughter’s boyfriend. “You ain’t the sexiest man in the world to me!” he concluded. 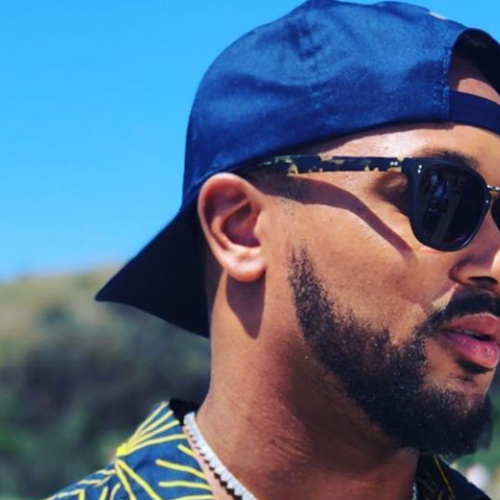